A Supernatural Experience with Christ [Jesus]

A Supernatural Experience with Christ [Jesus]

When I was a 9 year old boy and loving the Lord, I saw an apparition of Jesus in all white, dressed as a shepherd on the wing of an airplane while it was still boarding. He stood tall, strong and of a majestic stature. I erroneously thought someone was playing a trick on me to make me become highly religious. Then I became agnostic and got lost for 35 years. I began hearing, seeing, wrestling with the unseen and witnessing powers of the invisible spirit world. Evil spirits had come into my life as a consequence of my sin.

I nearly died at the hands of these spirits – both human and demon alike. I’ve noticed the humans lose their family and friends. They are scattered throughout the netherworld. They have anger and hatred in their hearts. They do the will of their father, Satan…they lie, masquerade and deceive. Their evil shall not stop without divine intervention and restoration of the soul. They thirst for all that only a most loving Creator can give them. I’ve discovered that it is the human condition that we are evil and wicked without God in the afterlife. The soul is in ruins and in need of salvation.

Father God reached out to me and I heard Him say, “the battle against good and evil has been here since the beginning of time.” Approximately ten years later, I find God and some of His angels helping me in a spiritual battle against evil spirits. God also battles evil by salvaging souls through His Son, Jesus Christ. The Father’s voice sounds of greatness beyond this world. The room was filled with an ancient scent from a world long ago. God had done this to let me know that He was there in the beginning of man’s time.

I suffered at the hands of these evil spirits for 7 years until I learned that they were real and hence Jesus as well. This is how Jesus had found me to begin my undeserving vocation to be an adopted child of God. He left the flock to find that one lost sheep when I saw Him on the wing of that airplane 35 years earlier.

Luke 15:4-6. What man of you, having a hundred sheep, if he loses one of them, does not leave the ninety-nine in the wilderness, and go after the one which is lost until he finds it? And when he has found it, he lays it on his shoulders, rejoicing. And when he comes home, he calls together his friends and neighbors, saying to them, ‘Rejoice with me, for I have found my sheep which was lost!’

I prayed to Jesus that He would not leave me here to be evil like these spirits. He put my deceased mother behind me. And a most loving scent of her holding me in her bosom as a small child came over me. Jesus had done this to let me know it was her. He was letting me know that I would be with my mom and that He would deliver me from this evil condition known as hell.

I asked Jesus who these spirits were persecuting me. He told me through the Spirit of truth that they were the dead. I could see that they were lost and inquired about them going to heaven. Jesus had sent down the Holy Spirit stopping in front of me and pointing at me. He was telling me that I would make atonement for them. And that He would forgive them of their sins and deliver them into heaven. Jesus is mighty to save.

2 Maccabees 12:46. Thus he made atonement for the dead that they might be freed from this sin.

I later learned that atonement can be made for fallen angels as well.

I had a dream were Jesus had removed the anger and hatred from these poor souls hearts. Obviously, the work for atonement had been done. Then, with His powers going through me, He changed them back because the work could not be accepted until the door to my hearing and seeing them was closed. I am currently working on this.

Philippians 3:14. I press on toward the goal for the prize of the upward call of God in Christ Jesus.

1 Thessalonians 5:24. He who calls you is faithful; he will surely do it.

Also, an angel made himself known to me. I’ve had many dreams and visions, some arranged by God and by the powers of the higher angels, guiding me away from sin, in truth, toward salvation. I thank God for my sufferings and wisdom gained. I am looking forward to being with God in heaven, seeing these spirits restored, and seeing my mom again. 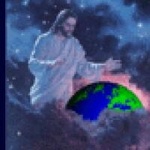 Strangelove wrote:Sounds like you got mixed up with some Pentacostal type stuff there?

It was through the Holy Spirit that I was drawn to Christ. But I prefer not to speak of the last days. I fear that you may be right. I'm on this thread merely as a lowlyservant of Christ bearing witness and giving my testimony. Thank you and God bless.

lowlyservant wrote:When I was an innocent 9 year old child and loving the Lord, I saw Jesus in the most beautiful of whites, dressed as a shepherd on the wing of an airplane while it was still boarding.

John 20:12 And she saw two angels in white sitting, one at the head and the other at the feet, where the body of Jesus had lain.

Jesus appeared to me in white as well.

It was through the Holy Spirit that I was drawn to Christ. But I prefer not to speak of the last days. I fear that you may be right. I'm on this thread merely as a lowlyservant of Christ bearing witness and giving my testimony. Thank you and God bless.

Thank you Knight2Christ. May God bless you, my brother in Christ.

Similar topics
» The "Coming" of Jesus Christ
»  Spirit of Anti-Christ As Another Jesus Instead of the Real One
» Hebrew Roots
» Dispensationalism!
» Johnny's Casual Chatter Thread